A Professional Corporation – Since 1894 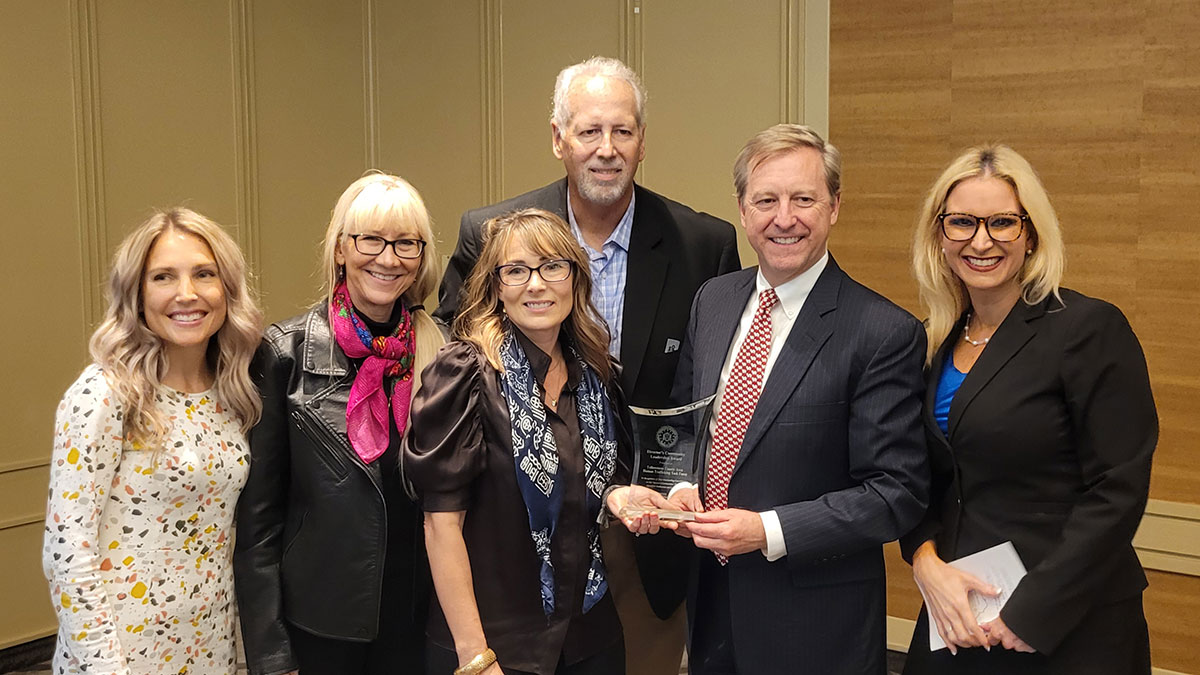 In a private ceremony in Billings with leaders from the local FBI field office and officials flown in from Salt Lake City, the FBI presented the Yellowstone County Area Human Trafficking Task Force with a 2021 Director’s Community Leadership Award (DCLA) on behalf of the national FBI Director Christopher Wray. Special Agent in Charge of the Salt Lake City region Dennis Rice publicly announced the award on the FBI’s website on September 20, 2022. See . Every year since 1990, the FBI Director has selected approximately 50 individuals or organizations from around the country, who have been nominated by their local FBI regions, to receive these awards in recognition of their “outstanding contributions to their communities through service” in fighting crime, terrorism, drug, and violence in America. While each region nominates a person or group every year, the Director does not always present an award to each region. The Task Force was nominated for a 2021 award by the Salt Lake City Division, which covers Utah, Idaho, and Montana, and FBI Director Christopher Wray honored the Task Force with the award this year. “Trafficking is a form of modern-day slavery,” said Special Agent in Charge Rice. “The FBI takes a victim-centered approach, ensuring victims have access to resources while also building a case against traffickers. The FBI can’t do our job combating this issue without partners like this Task Force.” More information about the DCLA can be found here.

As part of her commitment to volunteer service and pro bono work, Moulton counsel Stephanie Baucus co-founded the Task Force in 2016 with local leader Penny Ronning to improve coordination between law enforcement and members of the public, to help close gaps in services for victims and survivors, to increase collaboration and resource sharing, to increase awareness of sex trafficking and forced labor in the area, and to prevent human trafficking. Since its founding, the Task Force has grown to include over 800 peoples and over 100 organizations and agencies who have participated in its projects, events, and initiatives across the state and in neighboring states as well.

In addition to serving her clients with the firm, Ms. Baucus has donated hundreds of hours of service each year to the Task Force in helping to manage the organization and on special projects. She helped create and advocated for legislation in 2019 that strengthened Montana’s trafficking and pimping laws, added these crimes to the definition of crimes of violence, closed loopholes in existing statutes, increased penalties, changed the definition of prostitution to include all commercial sexual activity, and increased the tools available in federal investigations and prosecutions as well. She was asked by the American Bar Association to write an article on how the global problem of sex trafficking affected local communities and how lawyers could help fight the crime. That feature piece was published in the Summer 2020 edition of the ABA’s Young Lawyer Magazine and distributed to over 250,000 print subscribers and more ABA members online. 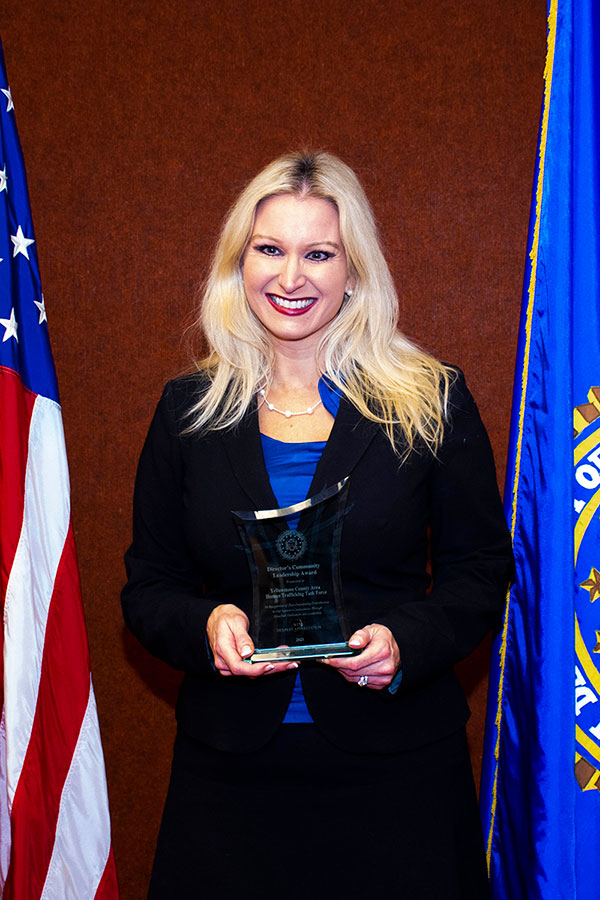 After the FBI’s award announcement, Ms. Baucus explained more about the work of the Task Force to Montana KTVQ reporter David Jay. Other news outlets covered the Task Force’s receiving this national recognition as well. See this Billings Gazette article.

The Task Force has had a variety of successful programs and initiatives over the years, and it has worked on events and projects with other nonprofits in Billings and across the State, including the Eastern Montana Human Trafficking Task Force and task forces in Missoula, Gallatin County, Cascade County, and Flathead County. Task Force leaders have distributed over 50,000 signs of trafficking cards with hotline and law enforcement phone numbers, provided over 1,000 hours of training on human trafficking and related issues, helped to launch similar task forces in other communities in Montana and in other states, helped to draft and advocate for state legislation in 2019 that increased penalties for aggravated pimping and closed loopholes in Montana’s criminal laws, advocated for legislation that created the first-ever law enforcement positions at the Montana Department of Justice to focus exclusively on human trafficking, helped to shape and advocate for the City massage ordinance that is helping to close illicit massage businesses in Billings, and worked in partnership with dozens of local and national nonprofits to host events and support victims. The Task Force’s conference in 2017 reached approximately 400 people.

Led by its Prevention and Community Awareness co-chairs Melanie Tripp and Scott Koch, the Task Force has hosted annual Red Sand awareness events, developed mall billboard campaigns, partnered with Holiday Gas Stations on pop up awareness events, and created Project Hope, which provides backpacks of supplies, clothing, and hygiene products for law enforcement and service providers to distribute to victims. In partnership with End Exploitation Montana, through its Task Force liaison and board member Erin Walker, the Task Force has been active in fighting online exploitation that especially endangers at-risk youth and in reducing the demand for human trafficking. Led by Protection and Victim Services Co-Chair Dr. Cynthia Brewer, the Task Force has recently developed a healthcare protocol for victims of human trafficking and sexual exploitation being used by area hospitals and medical providers.

For more information or to get involved in fighting human trafficking in Montana, please contact Stephanie at stephanie.baucus@moultonbellingham.com, visit the Task Force’s website, or contact a regional task force in other communities across Montana.

With broad industry knowledge and experience in a variety of practice areas, we offer solutions that address each client's particular needs and objectives.